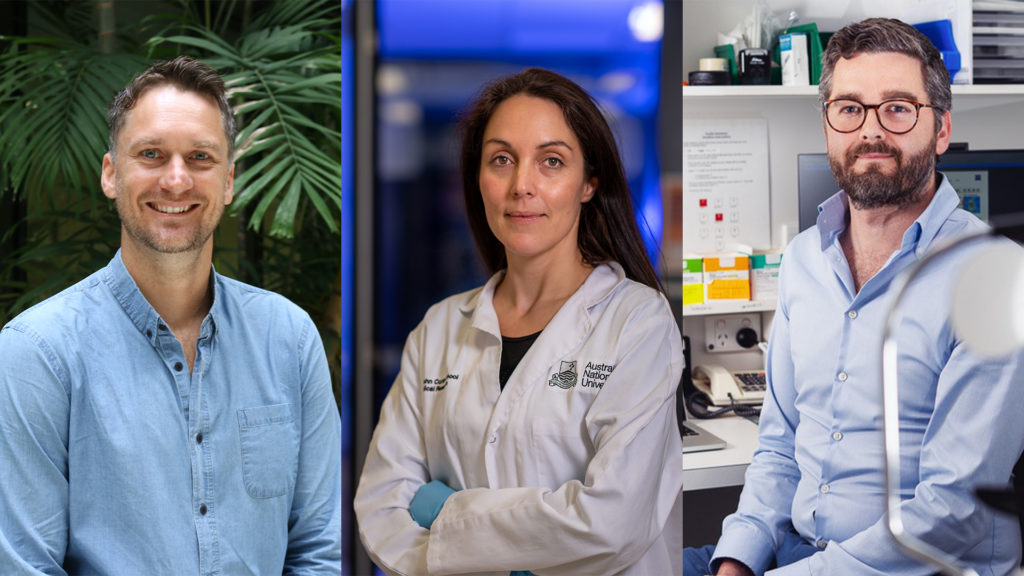 The inaugural Snow Fellows are each receiving $8 million to support their world-leading, game-changing research—with $1 million in funding each, every year, for 8 years.
Terry Snow, the founder of Snow Medical, said Australian scientists need freedom to focus on their exceptional research and not worry about funding as they strive to deliver the breakthroughs the world needs.

“Invest in exceptional people, support the next generation of our research leaders, keep our best and brightest in this country—then Australia and the world can only benefit from a healthier future,” Terry Snow said.

“With the health and economic challenge Australia and the world face right now, we must invest in the brilliant minds among us who offer solutions for a bright future.

“For each of these scientists $8 million is transformative funding, that will change the course of their careers and give them the best chance to find cures, treatments, and greater knowledge to benefit potentially millions of people’s health around the world.”

The Snow Fellows we are announcing this year are:

Tom Snow, the Chair of Snow Medical, said that the calibre of this year’s fellows is exceptional, and he looks forward to assessing next year’s potential fellows who will begin applying from today.

“Heart disease, cancer, and autoimmune diseases affect hundreds of millions of people worldwide. Each of these fellows work has the ability change and save lives and I can say on behalf of the whole Snow family, we are very proud to support each and all of them.” Snow said.

“We want to invest in the best researchers with a bold vision. We want Snow Fellows to take risks and we want them to be the next generation of medical research leaders.”

“We have a long-term vision. As we recognise and award more fellows in years to come, we will build a network of Australia’s world-class researchers, our best and brightest and an ‘ecosystem’ of shared knowledge and achievement.”

“I invite you to read about and view the videos of our fellows this year. If you think you are a researcher of the same calibre we invite you to apply for the fellowship from today.”

To apply to become a Snow Medical Fellow please discuss the opportunity with your research or educational institution and apply here: https://snowmedical.org.au/snow-fellowships/

The Snow Family and Snow Medical

About Snow Medical Research Foundation
The newly established Snow Medical Research Foundation (Snow Medical), is the creation of Canberra’s Snow family and is a vision of businessman and philanthropist, Terry Snow. Snow Medical’s pivotal program, the Snow Fellowships, targets emerging global research leaders that show the potential to drive, manage and influence the next generation of health and medical innovation.
The eight year Snow Fellowship, funded at up to $1 million per year, provides outstanding biomedical researchers the independence to focus on building ambitious multidisciplinary research programs and teams capable of changing the face of healthcare in Australia and globally.
In 2020, three inaugural Snow Fellowships have been awarded. Snow Medical has also provided $5.5 million for COVID-19 research. From 2021, two Snow Fellowships will be awarded each year.

About Tom Snow
Tom Snow is Chair of the Snow Medical board and was a founder and Co-Chair of the Equality Campaign, which led and won the successful YES postal plebiscite on marriage equality. He is a Rhodes Scholar with a Masters degree in Economics and Bachelor degrees in Science and Economics (Actuarial Studies).
He is a founder of Whitehelm Capital, one of the world’s largest independent infrastructure managers with $6 billion in assets under management. As a Fellow of the Australian Institute of Company Directors, he has had roles including director of Perth Airport, Canberra Airport, Bankstown Airport, Port of Adelaide / Flinders Ports, Etihad Stadium, Peninsula Link, International Parking Group and Whitehelm Capital. Tom Snow was born and raised in Canberra and has served as chair of the Canberra Convention Bureau, chair of Equality Australia, director of the Australian Science Festival and director of the Rhodes Scholarships in Australia. He is also a proud father of three kids.

About Terry Snow
Terry Snow is the founder of Snow Medical, the Executive Chairman of Canberra Airport as well as owner of Willinga Park. In 2006, Terry was awarded an Order of Australia for his contribution to the city of Canberra, as well as for his charitable work through the Snow Foundation. In October 2009 Terry was announced as the inaugural recipient of the Canberra Business Council’s Chairman’s Award for his significant individual.

Associate Professor James Hudson (QIMR Berghofer) – researching the heart and heart disease with organoids and a computer modelled, genetic encyclopedia of the heart.

About Associate Professor James Hudson
Associate Professor James Hudson is the Group Leader of the Cardiac Bioengineering Research Group at QIMR Berghofer Medical Research Institute in Brisbane, Australia. His previous research has led to the development of human cardiac organoids that provide a model of human heart tissue in a dish. This research has also led to the discovery of biological processes that regulate cardiac biology and new drug candidates.
Associate Professor Hudson studied chemical and biological engineering before obtaining his PhD in Biotechnology at the University of Queensland in 2011. He was appointed a German Cardiology Society Fellow and completed post-doctoral studies at the University Medical Centre in Göttingen, Germany from 2011-2012. He established his own research laboratory in 2014 and moved to QIMR Berghofer in 2018. Associate Professor Hudson has received a number of prestigious awards, including the 2019 Metcalf Prize for Stem Cell Research and the Centenary Institute’s Medical Innovation Award in 2017.

About QIMR Berghofer Medical Research Institute
QIMR Berghofer is a translational research institute in Brisbane, Australia. Established in 1945, the Institute focuses on the research areas of cancer, infectious diseases, mental health and chronic disorders. QIMR Berghofer’s priority is to translate research from the laboratory bench to the hospital bedside and the broader community in order to improve human health. It does that by developing new and better prevention strategies, diagnostic tools and treatments. Based next to the Royal Brisbane and Women’s Hospital, QIMR Berghofer is home to approximately 1000 scientists, support staff and students.

About Dr Owen Siggs
Dr Owen Siggs is an early-career clinician-scientist and an inaugural Snow Fellow, with a career focus on the clinical impact of germline and somatic genetic variation.
Owen trained in science and clinical medicine in Adelaide, in immunology and genomics at the John Curtin School of Medical Research with Professor Chris Goodnow, as a General Sir John Monash Scholar at The Scripps Research Institute in California with Nobel Laureate Professor Bruce Beutler, and at the University of Oxford with the Nuffield Professor of Medicine Richard Cornall. He was then a Sir Henry Wellcome Postdoctoral Fellow at The Wellcome Trust Sanger Institute and a Junior Research Fellow at the University of Cambridge, and a Visiting Fellow at the Broad Institute of MIT and Harvard.
His research career has spanned the use of large-scale genome-wide mutagenesis to discover the function of genes essential for immunity, to the use of exome and genome sequencing to diagnose severe inherited diseases. His current interests include the use of large-scale population and single cell genomics to understand the clinical impact of germline and somatic genetic variation, and the application of this information in clinical practice.

About the Garvan Institute of Medical Research
The Garvan Institute of Medical Research brings together world leading researchers and clinicians. We are patient focused. Our researchers break down the barriers between traditional scientific disciplines to find solutions to disease. Our mission is to harness all the information encoded in our genome to better diagnose, treat, predict and prevent disease. Garvan’s research has global impact. Our scientists pioneer discoveries across four intersecting research themes. We lead the field in medical genomics, epigenetics, and cellular genomics; cancer; diseases of immunity and inflammation; and diseases of ageing affecting bone, brain and metabolism.

Dr Marian Burr is an outstanding early-career researcher and academic pathologist currently based at the Peter MacCallum Cancer Centre (PMCC) and Royal Melbourne Hospital, where she is seconded from Cambridge University on a Cancer Research UK Clinician Scientist Fellowship. With expertise in cancer immunology, molecular biology and cellular pathology, she has made significant discoveries in her short research career that have important implications for drug discovery and immunotherapy.

About the Australian National University
ANU is a world-leading university in Australia’s capital city, Canberra. Our location points to our unique history, ties to the Australian Government and special standing as a resource for the Australian people.

Our focus on excellence in research and education ensures our graduates are in demand the world-over, well-prepared to address complex contemporary challenges.