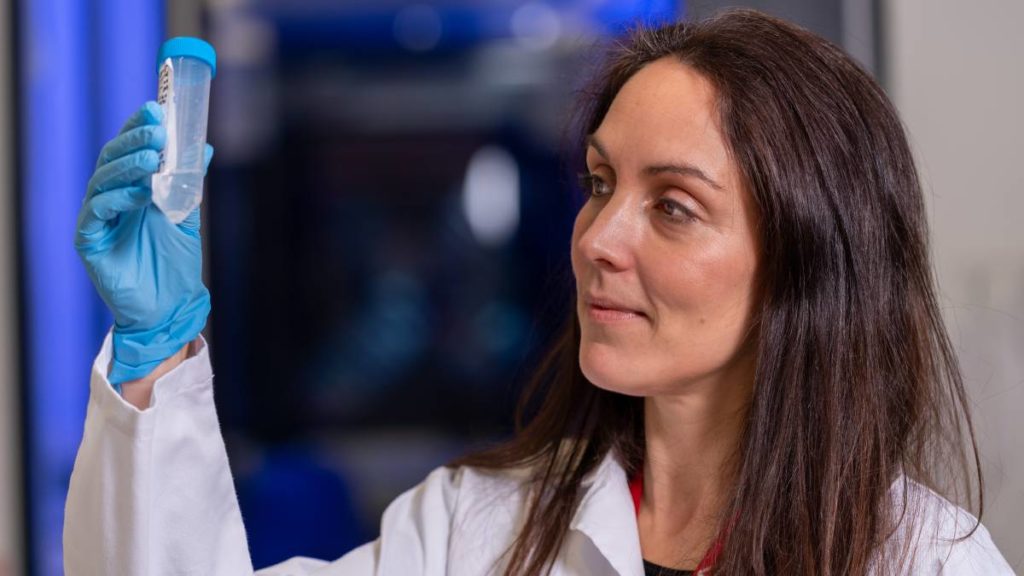 Her life-saving work into how our own bodies can hunt down and eradicate cancer has now been given an $8 million boost.

She will start a new research lab in Canberra at the Australian National University after being named as one of the three inaugural Snow Fellows.

The fellowship funding will support her leading cancer research for eight years.

Dr Burr said cancer immunotherapy was revolutionising the treatment of many cancers, leading to dramatic improvements in survival. She will use the funding to build on her current research examining immune checkpoint inhibitors – or ICIs.

ICI therapy activates T cells in the patient’s own immune system to find and eliminate cancer.

“It’s like shining a spotlight on the cancer cells which the T cells then see and target,” Dr Burr said.

“ICI therapy can lead to long-term complete remission, even in patients with very advanced cancers.”

“For some cancers that’s a complete gamechanger,” she said.

“Using cutting-edge technologies, my team will build on our recent discoveries to enhance immune targeting of aggressive cancers-such as lung cancer, melanoma and leukaemia, and to better understand the mechanisms cancer cells use to hide or shield themselves from the immune system.”

Dr Burr is currently based in Melbourne at the Peter MacCallum Cancer Centre.

ANU vice-chancellor Professor Brian Schmidt said the fellowship had brought one of the world’s most promising early-career cancer researchers to ANU and Canberra.

“Cancer is a killer, and it has been a terrible killer for many years. But in Marian, cancer has a formidable enemy, and the work she will undertake as part of this research program will give hope to many both now and in the future,” he said.

“Investing in people, attracting and keeping the best and brightest, like Marian who has come to Australia from Cambridge in the UK, is essential for Australia.”

The fellowships are part of the newly established Snow Medical Research Foundation. It is the creation of Canberra’s Snow family and is a vision of businessman and philanthropist, Terry Snow.

Terry Snow said Australian scientists need freedom to focus on their exceptional research and not worry about funding.