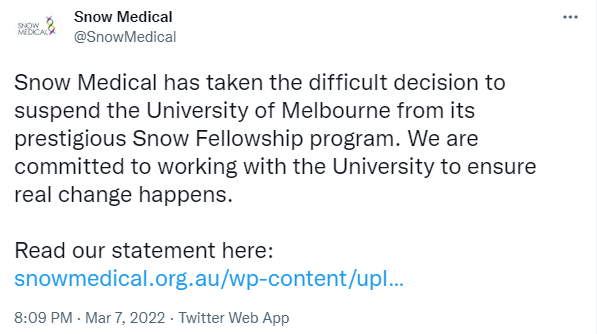 Australia’s largest medical research foundation says it is suspending the University of Melbourne from its multi-million-dollar fellowship program because the university has only awarded honorary doctorates to men over the past three years.

Snow Medical Research Foundation said it was cutting ties with the institution until the university could prove a commitment to gender and cultural diversity.

The foundation is one of the largest philanthropic donors in Australia, donating $90 million to the sector, including $24 million to Melbourne University.